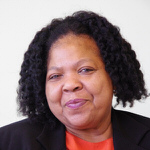 In 2013, after retiring from a federal career at the Pentagon, National Institutes of Health, the Department of Agriculture and other agencies, Jacquette launched Takoma Park Lunch and Learn as a no-fee, full-day summer camp for underserved children.

Previously Jackie had trained District of Columbia teachers in how to engage students of color in the academic disciplines of science, math and technology. A Takoma Park resident since 1985 she is the lead organizer of the local MLK Jr. Day events and is president of What’s My Bias Inc.

Jacquette is also a member of the Racial Equity Working Group and the Village of Takoma Park. As a tenant at the Essex House Apartments she is the longtime go-to person for neighbors in need, having served several years in a leadership role at the building. Jacquette has received an Azalea Award for activism in Takoma Park and the Neal Potter Award for advancing the community good in Montgomery County. 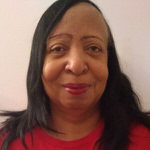 Since settling in Takoma Park with her family in 1995 Doris has been a resolute advocate for youth and in 2015 became assistant director of Takoma Park Lunch and Learn. Highly respected as a mentor in the District of Columbia summer youth programs and as an organizer of the Think Tank homework program in Takoma Park, she also arranges food deliveries to the less fortunate, particularly at Hampshire Tower, where she is president of the Tower Tenants Association.

Doris is the site coordinator for the Educare Food Pantry, Kokus Foods (Small Things Matter), the Greater Washington Adventist Community Services food distribution and Difference Makers. She serves on two Takoma Foundation committees, including the Racial Equity Working Group. For her volunteer work she has been recognized with an Azalea Award, a Martin Luther King Unsung Hero Award and other tributes. 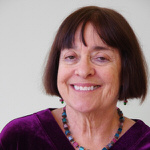 Priscilla has lived in Takoma Park with her family since 1981 and has mentored and tutored children for decades, including one who is now a police officer in the District of Columbia. She volunteers with the Recreation Department’s Let’s Chat program and is a member of the Recreation Committee and the Racial Equity Working Group. She is also vice-president of What’s My Bias Inc. and the recipient of an Azalea Award.

She has been active in the civil rights, tenants’ rights, antiwar and prison reform movements and started Friends of the Takoma Park Recreation Center, advocating for a rebuild of the aging center on New Hampshire Avenue.

Now retired, she began the practice of immigration law in 1973, and the Washington Post and the New York Times have published her writings on immigration issues. 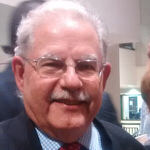 A native of Baltimore, Fred moved to Takoma Park with his wife in 1986 and later was elected to the City Council, representing Ward Six (2009 – 2017). While on the Council he championed creation of the City’s economic development program, a closer relationship with Washington Adventist Hospital, a revival of the Noise Control Board and helped establish the Commemoration Commission. He continues to fight for an expansion of the library and for a new recreation center on New Hampshire Avenue.

Fred is retired from a career in commercial banking and as a planner for the City of Baltimore and Arlington County. Currently he serves on the Police Chief’s Advisory Board, the Commemoration Commission, the Chesapeake Business Finance Corporation board, and the ECDC/Enterprise Development Group board, which makes micro-enterprise loans to area minority businesses. 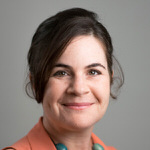 As a PTA activist Shana joined forces with school officials, teachers and other parents to address inequities at Takoma Park Elementary and Piney Branch Elementary, notably to start a homework club and to create a joint PTA equity committee. Another success was to incorporate Lunch and Learn into the summer programming of Montgomery County Public Schools.

Shana has lived in Takoma Park with her family since 2014 and won an Azalea Award for school volunteerism in 2019. Professionally she is a senior program officer at the American Association of University Women, promoting gender equity by providing fellowships and grants to women who are pursuing graduate degrees or postdoctoral research while actively supporting women and girls. Shana held previous jobs within higher education and at a national reproductive health organization and has collaborated with national foundations. 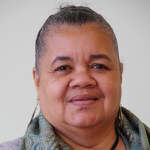 A Takoma Park resident since 1983 Cherwanda first gained recognition for her successes as an organizer at the Essex House Apartments, where she lives with her family and previously served as Tenants Association president. Perpetually energetic, Cherwanda works locally as an office manager and assists several service groups, including the MLK Committee, the Village of Takoma Park, the Racial Equity Working Group, the Recreation Committee, Let's Play America, Celebrate Takoma and the Garden Crew.

She is a graduate of the Community Police Academy and is a program specialist with What’s My Bias Inc. In 2013 she was honored with an Azalea Award as volunteer of the year. Cherwanda has earned other accolades for community service, and at the Essex House she continues to serve on the Leadership Group. 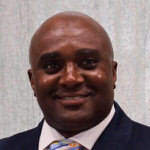 During 21 years on the Takoma Park police force Tyrone rose through the ranks from patrol officer to acting deputy chief while devoting considerable time to projects that benefited children, among them a homework club with police officers as mentors. In 2017 he received an Azalea Award for his work with Unity in the Community that focused on police outreach to local residents and featured a series of group conversations to improve relations between officers and teenagers.

For his police work Tyrone received the Medal of Honor for Life Saving, Supervisor of the Year, Police Officer of the Year and numerous other awards. Previously he served 22 years in the U. S. Army and Reserves, including an assignment with Iraqi Freedom, and retired as a staff sergeant. In 2018, Tyrone was hired by the Maryland town of Bladensburg and is currently the town’s chief of police.